Remember the aim of networking: coffee with big fish.

My first encounter with Andy Bounds was in 2009. He was one of the speakers at the National Sales Conference at the National Motorcycle Museum in the Midlands. Yours truly was the MC or Emcee as they say in the USA and Andy was plugging his book The Jelly Effect which was about to have a revised edition ready for 2010.

For me, there were two significant take-aways from his speech. One is the “afters” – a very simple concept which I’ll explain next week as TJE overall is a bit of a volume! The other was the ‘nobody cares about you’ narrative. We’ve all seen sales presentations where the first slide is we’ve been in business since 1907 and have become the world leader in widget manufacturing. We have offices in Manchester, Tokyo and Mexico City. So what?

In the decade since, I’ve seen and heard so many people at conferences and network groups blathering on about their business. Nobody cares. What customers want is to know what value and ROI they’ll get AFTER they buy from you. Get it? 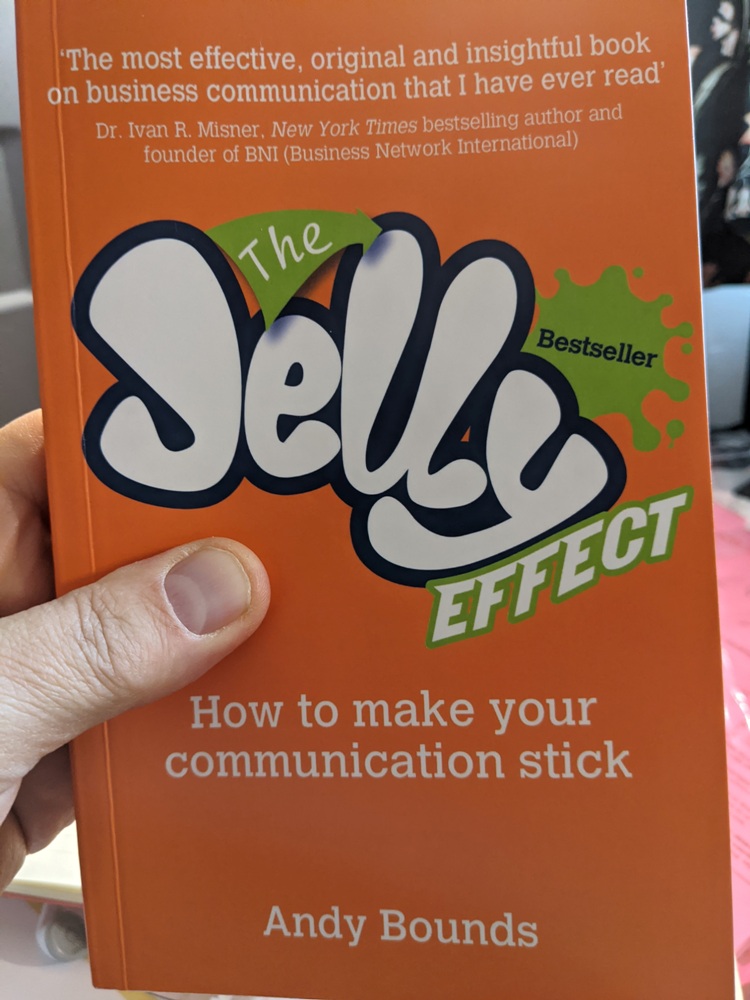