Do You Serve Others?

Many of you have heard of the American sales guru, Bob Burg. Not all of you though have read his books.

The Go-Giver which is co-authored with John David Mann (first published in 2007) and updated and expanded in 2015, is a terrific read. It has brought about other titles including The Go-Giver Influencer and The Go-Giver Sells More. I’ll be reviewing the latter in the Autumn (or Fall if you’re reading this across the pond).

The essence of TGG portrays to the reader a different way of being. Rather than just doing a sales job with all the concomitant worries and issues, Bob Burg describes how to serve others – not in a servile of grovelling fashion but through genuine concern for other people business (and personal) issues. It is a fictional story but based around real events and people who are known to the authors. 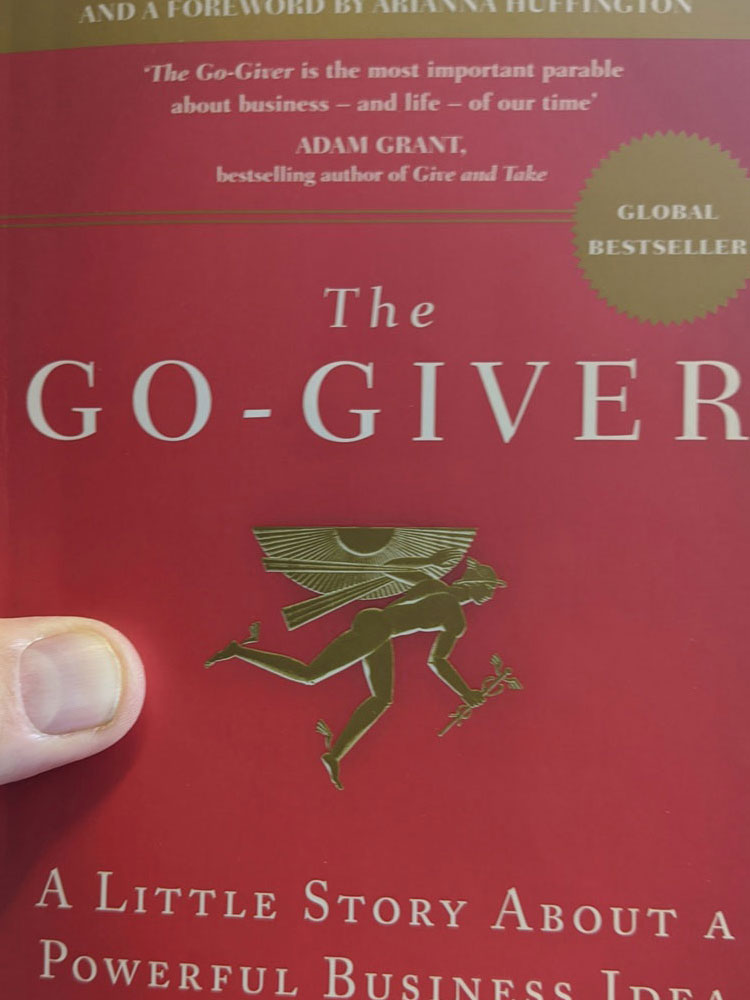 Central to the book are the “Five Laws Of Stratospheric Success” – of the five, I reckon “The Law of Value” will hit you the hardest. This is all about “going the extra mile”. Burg and Mann cite some great examples. And the ‘how’ and ‘why’ are further explained in a text based Q&A with the authors at the back of the book. Almost like a rubric there are opinions and guidance notes for every section of the book.

The central character in the story is a twenty-something go-getter married guy by the name of Joe. He has a week’s worth of interaction with a highly respected businessman who guides him along the ‘alternative’ path. And Jo’s age group is who the book is clearly aimed at. Nothing particularly wrong with that, except I feel that many middle-aged go-getter’s would benefit from the book’s main message of serving others.

The organisation, Rotary International has as it’s motto “Service Above Self” – this could have been mentioned in passing.

In the days of the product-driven sales team, one was told that success was 90% perspiration and 10% inspiration. There’s a short passage in this book which suggests that reaching a specific goal nowadays is 10% knowledge or technical skills and 90% people skills. The sceptic may say “nothing new in that” and to a degree they would be right – but just how good are you at giving of yourself?

TheSalesRainmaker
@Sales_Rainmaker
RT @RebekahRadice: The most certain way to fail is when we fail to support one another. As you learn, grow, and share, give others the abil…

TheSalesRainmaker
@Sales_Rainmaker
RT @KP24: Talent is one thing, but mental toughness is what separates the good from the great in sport! Dealing with pressure, bad form, n…